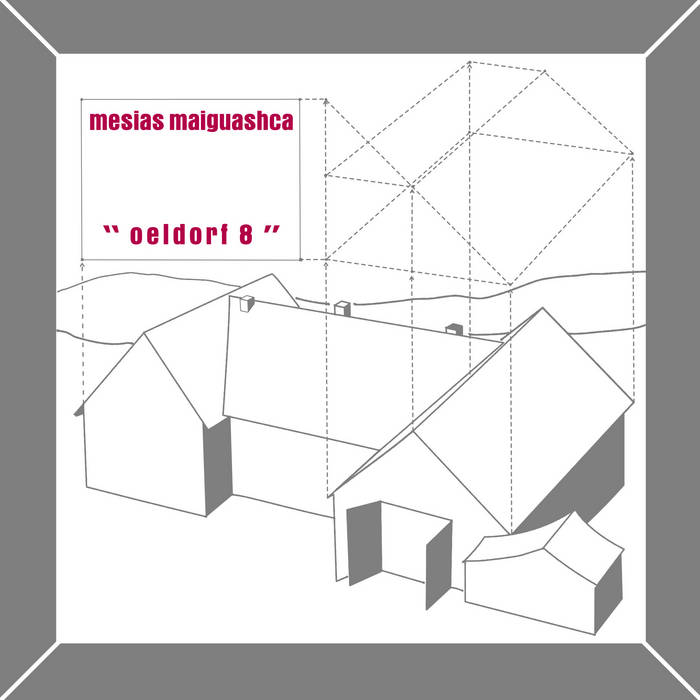 PLS NOTE: THIS IS NOT A SPOKEN WORD ALBUM, IT JUST STARTS WITH AN INTRODUCTION BY MESIAS MAIGUASHCA AND THEN THE MUSIC FADES IN ...

MESÍAS MAIGUASHCA (b. December 24th, 1938 in Quito / Ecuador) is a composer of Neue Musik, especially electroacoustic music, who studied at the Conservatorio Nacional de Quito, at the Eastman School of Music in Rochester, NY (1958–65), with ALBERTO GINASTERA at the Instituto di Tella in Buenos Aires, at the Hochschule für Musik in Cologne and, after a short return to Ecuador, attended the Internationale Ferienkurse für Neue Musik in Darmstadt and the Fourth Cologne Courses for New Music in 1966–67 where he studied with KARLHEINZ STOCKHAUSEN. From 1968 to 1972, MAIGUASHCA worked closely with STOCKHAUSEN in the Electronic Music Studio of the Westdeutscher Rundfunk in Cologne and joined STOCKHAUSEN's ensemble for performances at the German Pavilion at the Expo '70 in Osaka. In 1971 he became a founding member of the OELDORF GROUP of composers and performers, and began work at the Centre Européen pour la Recherche Musicale in Metz, at IRCAM in Paris, and at the ZKM in Karlsruhe. From 1990 – 2004 MAIGUASHCA was Professor of Electronic Music at the Musikhochschule of Freiburg im Breisgau where he still lives today.
The OELDORF GROUP, named after the small village 40 km away from Cologne where they lived and worked in a rented farmhouse where they set up their own studio for electronic music and studio productions, was a musicians' collective active during the 1970s. In the adjacent barn, the group held concerts for audiences up to 300 people with an emphasis on live-electronic music and other kinds of new and avant-garde music. Thanks to a long-standing contact with the Westdeutscher Rundfund, the core members of the OELDORF GROUP (PETER EÖTVÖS - electronics and keyboards, the violinist/violist and composer JOACHIM KRIST, electronics specialist and composer MESÍAS MAIGUASHCA, who also played keyboards, and his wife GABY SCHUMACHER – cello) received commissions for compositions, invitations to perform in the Musik der Zeit concert series, as well as having many of their summer concerts recorded for the late-night broadcasts of WDR3.
One of these commissioned compositions is „Oeldorf 8“: a retrospective portrait of the OELDORF GROUP consisting of a series of ten short pieces for four instrumentalists (clarinet, violin, cello, electric organ/synthesizer) and tape which may be played either simultaneously or continuously without a break. It premiered in 1974 at the Darmstädter Ferienkurse and was released on LP two years later and turned into a sought-after, but not very well-known rarity achieving collector‘s prices., and was later unofficially reissued on KEITH FULLERTON-WHITMAN’s Creep Pone CDr label.
Conceived as a sonic diary with an edge to encompass radical electronic synthesis, the 48 minute composition proves „ … a thing of wonder; from the outset, MAIGUASHCA's spoken introduction of the players & concept gets slowly eroded by errant, pointillist electronic sound … which then lets loose for a good 10 minutes before a swarm of slowly rising held tones c/o the players acoustic arsenal slowly comes to the fore. On the second side, the acoustic sounds - patiently, elegantly state their cases across a good half of the segment until a rising pulse-wave drone essentially annihilates the more nuanced phrasing & slowly builds to an almost ROLAND KAYN-esque climax of raw oscillator gristle” (Soundohm).
44 years after its original release, MAIGUASHCA’s stunning album finally sees its deserved and overdue re-release on CD and LP, carefully remastered by KASSIAN TROYER at D&M, Berlin.

„Maiguashca … is part of the first generation of South American maverick sound explorers that in the 1960s paved the way for a tradition of innovation that persists in the present noise and psychedelic scenes of the continent. Along with Edgar Valcárcel, César Bolaños, Beatriz Ferreyra, Mauricio Kagel or José Vicente Asuar, he contributed to expand the possibilities of musical language beyond the dominant Western canon …“ David Jarrin / Kraak Festival