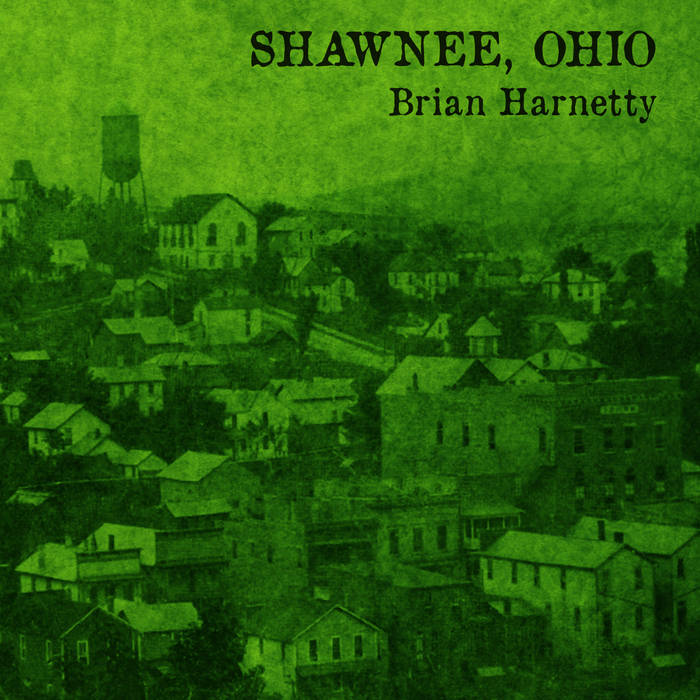 only here on bandcamp the download of the album contains the full booklet of the CD version as pdf!

“Shawnee, Ohio”, the first album by sonic ethnographer BRIAN HARNETTY on Karl, is an intriguing blend of archive recordings of interviews with residents of that small town and melancholic chamber-folk, performed by his ensemble which features a.o. ANNA ROBERTS-GEVALT (ANNA AND ELIZABETH) and PAUL DE JONG (THE BOOKS).

BRIAN HARNETTY (b. 1973) is an interdisciplinary artist working between music composition, sound, and socially engaged art. Rooted in sound archives and the communities connected to them, his body of work contends that the simple act of listening –– to people, places, and their pasts –– can transform our futures.
Both a 2018 A Blade of Grass Fellow for Contemplative Practice and a recipient of the 2016 Creative Capital Performing Arts Award, HARNETTY is deeply involved with local issues of
Appalachia and the Midwest. He connects sound archives with performance, ecology, and place - an approach for which he was labelled a “sonic ethnographer”. Many of his pieces transform archival material –– including field recordings, transcriptions, and historic recordings –– into newly re-contextualized sound collages. For more than a decade, this has led to projects with archives such as the Berea College Appalachian Sound Archives in Kentucky, the Sun Ra / El Saturn Archives in Chicago, and the Anne Grimes Collection in the Library of Congress. HARNETTY has released four internationally acclaimed albums: “American Winter” (2007), “Silent City” (2009), “The Star-Faced One” (2013, MOJO Magazine’s Underground Album of the Year!), and “Rawhead & Bloodybones” (2015) on Dust-to-Digital, Atavistic, and Scioto Records, and collaborated with reputated musicians like WILL OLDHAM, ANNA ROBERTS-GEVALT (ANNA & ELIZABETH), FRED LONBERG-HOLM, and PAUL DE JONG (THE BOOKS).

In the words of BRIAN HARNETTY himself:

"Shawnee, Ohio“ is a sonic portrait––past and present, real and imagined––of a small Appalachian town in the United States.
Shawnee emerged as a coal mining town in the 1870s. A century of decline forced businesses and people to leave, and today local residents fight to hold their buildings and community up amid a new “fracking” boom. Despite an uncertain future, these residents continue to work for environmental, economic, and cultural enrichment. Since 2010, I have been visiting and working in Shawnee. I have also been retracing the footsteps of my family, who immigrated there as Welsh coal miners in the nineteenth century.
“Shawnee, Ohio” focuses on eleven portraits of local residents recounting their lives, work, friendships, and deeds. They talk and sing of mining, disasters, underground fires, social life, protest, and hope. They include women and men, are black and white, and are across generations and centuries. Working directly with community members, I use archival samples of their voices and weave them together with my own ensemble, which features PAUL DE JONG (THE BOOKS) and ANNA ROBERTS-GEVALT (ANNA AND ELIZABETH). Past and present are tangled together in a haunting world of music, stories, and images."