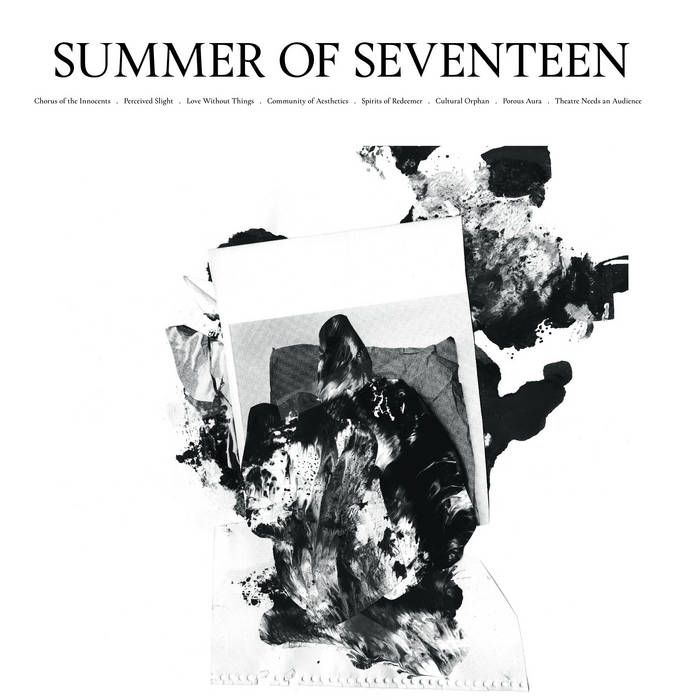 
Wildfires plagued Washington state during the summer of 2017, their smoke drifting westward toward the Seattle area and toxifying the air. Shortly before that trauma, MONIKA KHOT, WILLIAM FOWLER COLLINS, DANIEL MENCHE, FAITH COLOCCIA, and AARON TURNER had gathered at the latter two musicians' House Of Low Culture studio on idyllic Vashon Island with revered producer RANDALL DUNN. There they cut eight songs that capture the makeshift band's feelings of what COLOCCIA calls “a kind of doomsday lurking in the background.” It's as if these highly attuned players had a premonition.

„Summer Of Seventeen“ - which was edited and arranged by MONIKA KHOT, who records apocalyptic music solo as NORDRA and plays in the avant-rock band ZEN MOTHER—is a nuanced admixture of these musicians' sounds and a culmination of all of their previous collaborations. COLOCCIA and TURNER have created eldritch folk and chamber rock for over a decade in MAMIFFER while engaging in various solo and group projects that explore their profound spirituality in sound. MENCHE has been a fixture on the abstract composition scene for 31 years and COLLINS is a savvy explorer of drone and ambient forms. Their ephemeral summit meeting has yielded a masterwork for the ages.

A heaven/hell and beauty/beastliness dichotomy pervades the album—as if a titanic struggle was transpiring in that small studio. The fearsome trumpet fanfare that starts “Chorus Of The Innocents” heralds a baleful fate. With a subliminal industrial rhythm bristling beneath the eerie exhalations, the song submerges us in a slow-motion maelstrom, a horror-film facsimile of MILES DAVIS' “Bitches Brew“. “Perceived Slight” threads death-metal screams through a stark, suspenseful atmosphere, with austere glints of guitar and beats like fists on a casket lid intensifying the dread.

Angelic chants and celestial drones perfume the air in several of the songs on “Summer Of Seventeen“, countered with muted blast beats, serrated hums, jagged glitches, simulacra of grinding gears and lightning. It's as if no good deed goes unpunished. “Spirits Of Redeemer” could be an elegy for the human race while “Cultural Orphan” sounds like a symphony for a malfunctioning factory. The album ends with “Theatre Needs An Audience,” a harrowing ballad somewhere between EINSTÜRZENDE NEUBAUTEN and MERZBOW; it's a savage rent in the space-time continuum.

“Thinking about this record now,” COLOCCIA recalls, “it seems like we were all sort of anticipating something like this current pandemic happening, although we were thinking about it as fire in the hands of man (literal fire, and also gunfire) that would overturn the normal running of things and reveal the current false beliefs systems holding up most of America.”

That grave aura infiltrates “Summer Of Seventeen“, However, a hopefulness bubbles beneath the foreboding architecture of sound and noise summoned here. The bunker is the new penthouse.